A Week Of Folk 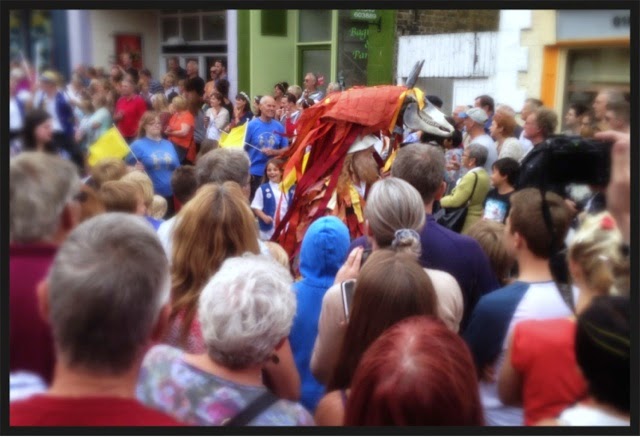 There’s a week long folk festival going on in my home town this week. It’s full of folky music, crafts and art.
I make sure I take a good look around every year and have a few ciders to celebrate all things folk.
This year is no exception.
Other than, with my maturing age and fewer funds resulting in much less cider.

A few days ago I was pulling my hair out trying to learn how to solder and wire a guitar at the same time.

In general, it’s not all that difficult. But the more burns you get from the soldering iron and the more blobs of accidental solder you end up with all over the place from the first few attempts, the harder the whole thing becomes.

On top of that I had accidentally got the live and ground wires the wrong way round on the jack output and hadn’t made a strong enough connection on the third volume pot lug, resulting in more hair loss and continual “de” and “re” soldering until I realised how much of a noob I was at wiring!

Nether the less, folk week has started well.
The guitar is finally in working order, just awaiting on some guitar strings in the post.
I’ve had some interest in a new custom make, so I’ll keep you updated on that, if and when it goes through.
And we had a nice family day out watching the folk parade, having a few beers and watching a few bands.

My nephew bought a hand made maraca which he then broke on a wall after about 5 minutes.

We bought the dog a new Morris dancers bell for her collar.
That stayed on all of 10 minutes before we replaced it with the old, much quieter, cat bell she normally has.

The nephew transformed into a wild beast!

We saw a dog enjoying the folk parade.

Then we watched a couple of bands perform.

All in all a good day.

That brings me into today….

Followed by leaks in our roof and numerous cups and buckets laid about.